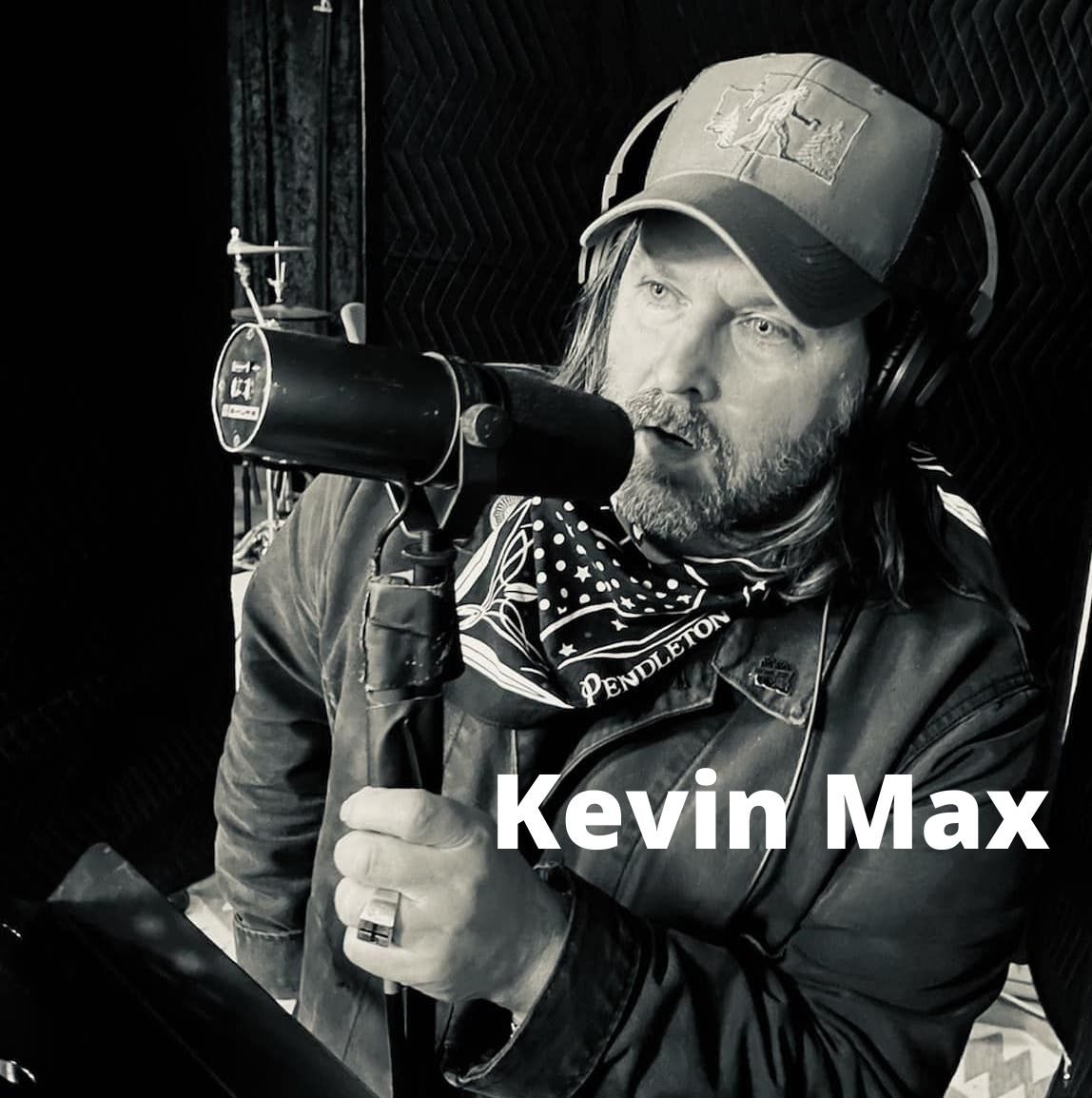 Perhaps to best understand the musical and lyrical vision of four-time Grammy winning singer Kevin Max, it is necessary to turn to the musings of Nick Cave, another great minstrel of the rock and roll scene: “In the end, I am not interested in that which I fully understand, songs I have written over the years are just a veneer. There are truths that lie beneath the surface of the words—truths that rise up without warning like the humps of a sea monster and then disappear. What writing is to me is finding a way to tempt the monster to the surface. To create a space where the creature can break through what is real and what is known to us. This shimmering space where imagination and reality intersect, this is where all love and tears and joy exist. This is where we live.” Kevin Max too lives in such an intersection of truth and mystery, creating spaces that ponder the wilderness that is the human condition. In his own words: “I challenge and test the spirits when I write, because we all have to go on that journey of understanding what we believe in over and over again.” For Kevin, like Nick Cave before him, the process of writing a song becomes a fusion of questions and observations, both from his own life and from those to whom he has born witness in his journey as a singer, a poet, an actor, a novelist. He remains a storyteller whose fountain of artistry never seems to run dry and always challenges his audience to search for meaning in their own journeys.

It is impossible to divorce Kevin Max from his beginnings in the enormously successful CCM band dcTalk, founded at Liberty University in 1987 alongside Toby McKeehan and Michael Tait. The trio caught the attention of Forefront Records in 1988, and later Virgin in 1996; five albums, four Grammy wins, and multiple Dove Awards later, the band remains one of the most important and successful Christian rock groups of all time. Their 1995 double-platinum album “Jesus Freak” became an anthem for a generation of believers trying shine their light to the world, and Kevin Max’s unique vocals and eclectic contribution to the band’s evolution from hip-hop to pop/rock stood out in both their albums and their legendary, packed-out live performances.

The trio went on hiatus in 2000, perhaps too talented to be confined to the boundaries of standard CCM fare. Kevin wanted to dig deeper: “My music is for Buddhists as well as Christians—for atheists,” he says. “It prods and asks questions—what do I believe, and why do I believe it?” This philosophy echoes one of Kevin’s musical heroes, Peter Gabriel, who once mused, “There has always been a strong relationship between music and religion. It is because they both plug directly into the heart and can have real power for good and evil.” While always an artist with an appreciation to the divine mystery, Kevin sought to break free of the traditional CCM mold. Instead, he wanted to channel Gabriel and his own muses, in order to create a more universal musical experience that would invite his listeners to challenge their ideas of the world around them—while he continued to simultaneously challenge his own artistry. “My heroes are people that took the conventional and made it unconventional,” he says. “[Musicians] should be stirring things up. We should be the ones progressing culture.”

The first entry in his solo career, 2001’s “Stereotype Be,” made this new agenda clear, as a bold hybrid of Sting’s smooth rhythms and Peter Gabriel’s world-music substance, with the lyrical qualities of John Lennon. Not a financial success at first, the album is now considered a cult classic for patrons of progressive rock with stirring lyrics. With contributions from legendary musicians like Adrian Belew (John Lennon and King Crimson), Tony Levin (Peter Gabriel), and Matt Chamberlin (Tori Amos), “Stereotype Be” is now heralded as “stunningly beautiful… One of progressive rock’s most underrated gems, coming from one of progressive rock’s most unlikely purveyors” (sputnikmusic). Mixing world music with catchy pop, with influences ranging from Morrissey to George Harrison, Tom Waits to David Bowie (often within a single track), Kevin’s lyrical quality as a poet with a unique storytelling vision set him apart and established him as a singer who could stand on his own while harkening back to the musicians he clearly loved.

Since “Stereotype Be,” there has been no stopping him. With each new entry in his evolving canon, he continues to push the boundaries of expectations as he refines his artistic diversity. “I’m at home creating what hits me spontaneously,” he muses. “I don’t have an agenda for what I do from project to project. I write a lot of what comes to my head, but that is taking from life experiences.” His 2003 spoken-word album “Raven Songs 101” solidified his reputation as a poet with his finger on the pulse of our post-modern society, while 2005’s “The Imposter” proved his knack for writing powerful ballads that capture the full spectrum of the human experience. Consider the range of the projects that came next: A soulful holiday album (2005’s “Holy Night”), a Johnny Cash-inspired covers of gospel staples (2007’s “The Blood”), dark and contemplative electronica (2007’s “Cotes d’Armor”), thoughtful reflections of his faith experience (2015’s “Broken Temples”), a reinvention of the Rat Pack era of romantic crooning (2015’s “Starry Eyes Surprise”), and, most recently, a Duran Duran-inspired dash of rock anthems (2016’s “Playing Games with Shadows”). No genre is safe from Kevin’s wide-reaching, ever-expanding output, and rarely have they sounded better.

We are barely scratching the surface here: We could devote multiple pages to his countless EP projects and collaborations, with legendary musicians such as King Crimson, 3kStatic, Joanna Cash, Michael Sweet, Kerry Kivgren, Rich Mullins, Jimmy Abegg, Larry Norman, and, briefly, as the lead singer of Audio Adrenaline (for their 2014 album “Kings & Queens”). This is saying nothing of his several books of poetry (starting with 1994’s At the Foot of Heaven), his epic fantasy novel about Lucifer’s fall from heaven (2014’s Fiefdom of Angels), and his dabbling as an actor in indie films (2007’s The Imposter). Yet merely touching on the ways in which Kevin has expanded himself as an artist, a truth remains clear: With every new project, he seems to reinvent himself while evolving his poetic vision—refining his craft while never losing touch of the divine mission that drives him, which is to put his listeners into a state of reverent contemplation as he tells a story within a song. If Kevin’s output cannot be predicted, we can rest assured that he will never compromise his art. With his diverse contribution to his craft, he has entered into that same literary and artistic conversation as Nick Cave’s “shimmering space where imagination and reality intersect;” like all the great poets, storytellers, and musicians that inspire him, Kevin fearlessly beckoning truth to rise, like a hidden beast, to the water’s surface.